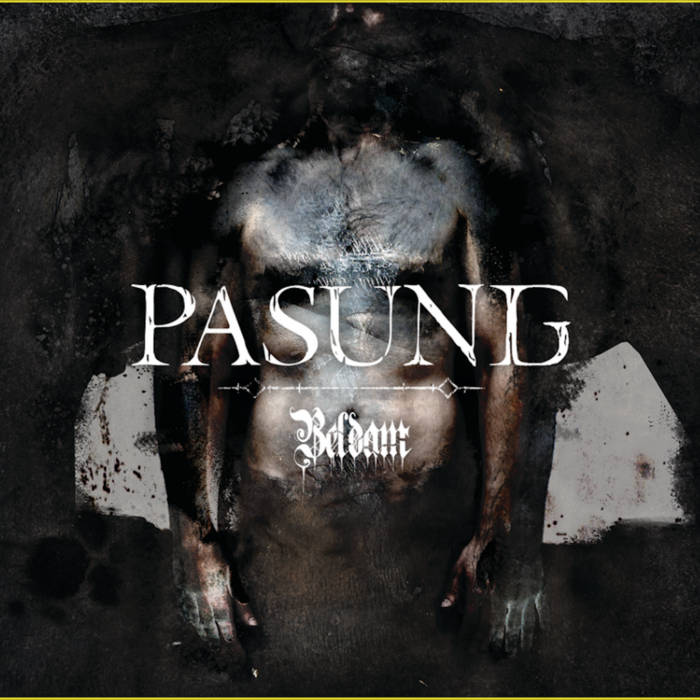 Released on HPGD Productions on 01/26/2018. Pasung was recorded April 5-7, 2017 with additional tracking and bass re-recording on August 31 and September 1, 2017. Pasung was engineered and mastered by Drew Carroll at The Bomb Shelter in Nashville, TN. Album art by Stephen Kasner. All songs by Beldam.

"Beldam‘s brand of sludge metal is about as punishing and nihilistic as the genre comes."--Decibel Magazine

"‘Pasung’ is a record that should not be lost or ignored, but raised on a filth encrusted pedestal as a monument, and a warning, to those who follow."--The Killchain Blog

"With Beldam’s second release, they have taken doom metal to new heights and crafted an underground gem which will survive as an early contender for album of the year."--Metal Utopia

"These guys from Seattle are really good at what they do. I would recommend anyone who loves the Doom Metal genre or someone who is looking for a new band to get into, to go and check out Beldam"--Project Metal Music

"Don’t be afraid to jump in the deep end of the sludge pool with Pasung. There’s plenty of room, and the water’s fine!"--SkullsNBones

"These are songs that equate to nightmarish visions of death, doom and despair and Pasung is the kind of album designed to traumatise even the hardiest of metaller!"--Worship Metal

"Brilliant stuff though, held up even better over repeat listening."--Grizzly Butts

Randall Guidry: vocals/lyrics
Grahm Reynolds: guitars and bass (with the exception of bass on "One from the Stable")
Cullen Wade: drums

Bandcamp Daily  your guide to the world of Bandcamp